Restaurant in Mumbai designs its menu after Saaho
Published on Aug 31, 2019 8:40 pm IST 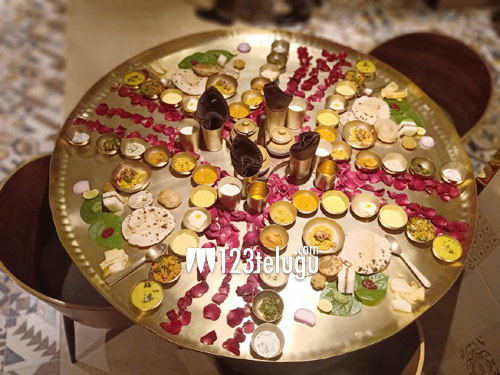 Saaho is a film which has become a hot topic all over. More than the Telugu states, the craze for the film in the northern belts of India. 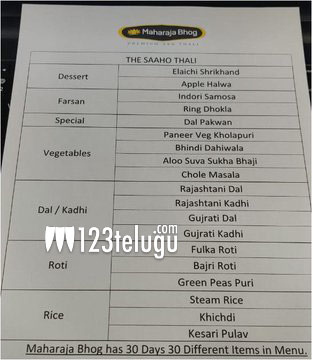 The film released to some good collections all over yesterday and keeping the release in mind, a restaurant in Mumbai designed a special Thali named after the film.

Seen here in the picture is the gigantic thali which became the talk of the town all over. The second day for Saaho has also been good and we need to see how much does the film makes in the coming days.