RGV becomes a headache to the police department
Published on Mar 2, 2015 3:15 pm IST 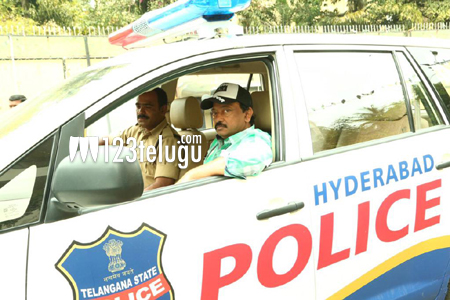 RGV and controversy go hand in hand. If the current reports are to be believed, Hyderabad Police is quite miffed with RGV’s recent actions. A simple tweet and a picture posted by RGV landed him in a lot of controversy.

Going into details, RGV posted a picture of himself sitting in a police patrol vehicle and added a text stating ” I am arrested by the police “. As soon as the picture went viral, there was chaos among the police department and the tension eased only when the department came to know that it was yet another attention seeking move from the maverick film maker.

Reports also reveal that the patrol car driver had to face a lot of ire from his senior officials. Meanwhile RGV is busy shooting for his upcoming flick Attack with Manchu Manoj.