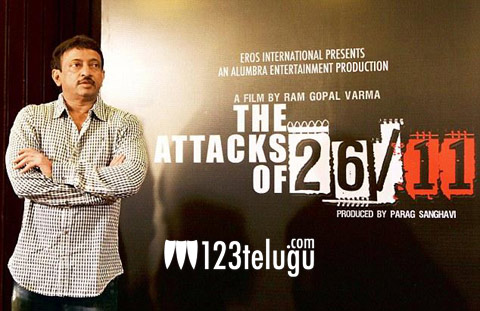 Ram Gopal Varma and controversies never seem to leave each other and now, his latest film, ‘The Attacks of 26/11’ has now run into a fresh controversy. He has now been a legal notice by the owner of the boat ‘Kuber’ that was used by the terrorists during the terrorist attack of Mumbai. He has accused RGV of not taking his permission to use his company’s name on the boat that is showcased in one of the critical scenes of the film. RGV’s lawyers are currently looking into the legal formalities for this legal notice while ‘The Attacks of 26/11’ released on Friday to mixed reviews from different quarters.