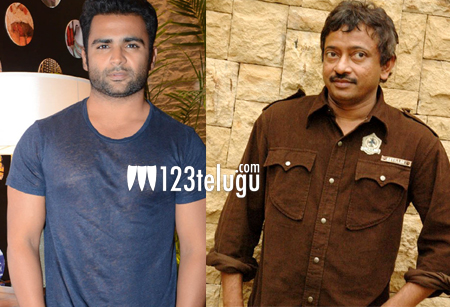 Irrespective of his films’ disastrous box office fate, eccentric director Ram Gopal Varma continues to churn out a spate of low budget mediocre films. After a series of horror films with ‘Ice Cream 1’ and ‘Ice Cream 2’, RGV is now busy shooting for ‘Affair’, a romantic horror starring Sachiin Joshi. This bilingual film is also being made in Hindi simultaneously as ‘Mental’.

Loosely based on the Hollywood hit thriller ‘Fatal Attraction’, RGV’s ‘Affair’ stars Meera Chopra of Pawan Kalyan’s ‘Bangaram’ fame and Kainaat Arora as the film’s female leads. The shooting has been going on at a brisk pace on the outskirts of Hyderabad.