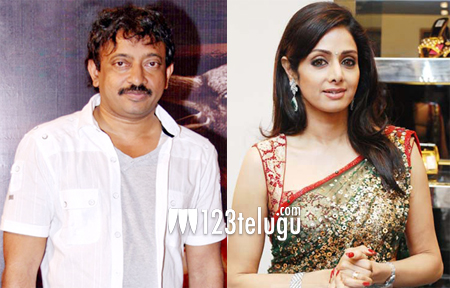 123telugu had recently reported that actress Sridevi sent a legal notice to maverick director Ram Gopal Varma for using her name in a derogatory way for his latest film. Speaking about this issue, RGV stated that the title has been given to him by Andhra Pradesh Film Chamber, and will not change it as he is using it legally.

The talented director on several occasions has expressed his love towards Sridevi also stated that he is deeply hurt by the actions of his dream girl, whom he admired all these years. He also added that she was influenced by others with vested interests, and he assured that he will never do anything of such which degrades the image of Sridevi.