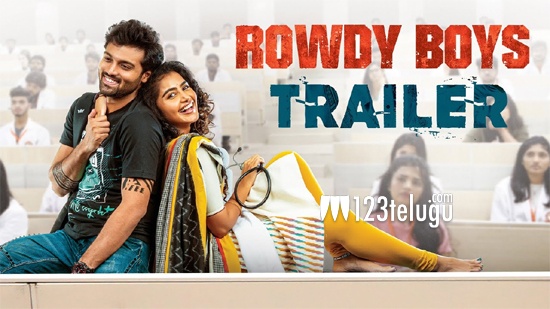 Ashish Reddy, son of producer Sirish is making his debut in films with Rowdy Boys. The trailer is out today and it looks quite intense.

The film is a college drama and Ashish plays an aggressive college student who is in love with Anupama Parameswaran, a medico who is also two years elder to him.

The canvas, conflict point, and college visuals look grand. The emotions of father-son are also neat. Dil Raju has made sure that he will give his nephew a grand launch with this film.

Rowdy Boys has music by DSP and will be out on the 14th of this month. Sri Harsha has directed this action-packed college drama.