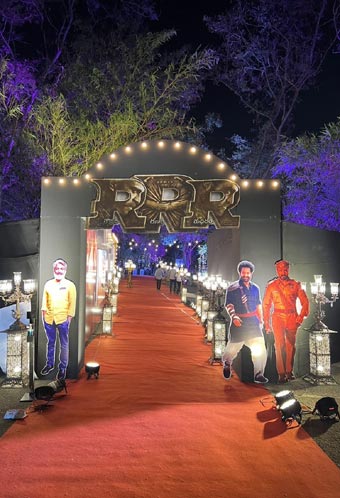 SS Rajamouli‘s magnum opus, RRR, has been doing well at the ticket windows everywhere since its release. Starring Ram Charan and Jr NTR in the lead roles the movie has Alia Bhatt, and Olivia Morris as the female leads.

The biggest action drama has grossed huge collections in Nizam. So, Dil Raju, who bought the Nizam distribution rights, has hosted a success party at N Convention in Hyderabad today.

Team RRR and many others celebrities from the T-town have attended the lavish party thrown by the ace producer. The success party has happened in a grand manner. Keep watching this space for more interesting updates.