RRR Trailer is releasing earlier than expected!
Published on Dec 9, 2021 7:00 am IST 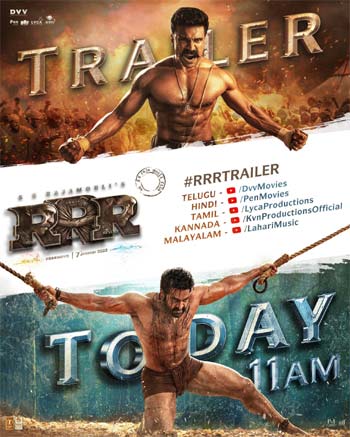 The trailer of the most-awaited Tollywood film, RRR, has been screened in many theaters across the twin Telugu states. The trailer has already got a superb response from the audience.

Earlier, the RRR team has announced that the trailer will be out at 4 PM on YouTube.
But, just a few minutes after the screening, they gave a new update that the action drama’s trailer is preponed to release at 11 AM today.

The entire India and fans of Ram Charan and Jr NTR are eagerly waiting to watch the power-packed trailer online.