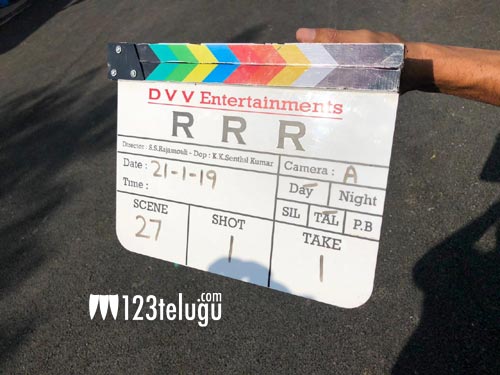 The first schedule of Star director Rajamouli’s RRR, the much-awaited multi-starrer featuring NTR and Ram Charan, was wrapped up last month. An intense fight sequence was canned on NTR and Charan at a specially erected set on the outskirts of Hyderabad.

Now, as we had reported a few days ago, RRR’s second schedule has commenced this morning. A giant set has been elected for the purpose and both NTR and Charan are participating in the shoot. However, more details about the second schedule have been kept under the wraps.

DVV Danayya is bankrolling RRR with a whopping budget. The names of the film’s leading ladies is still a big suspense. MM Keeravani is the music composer for RRR.