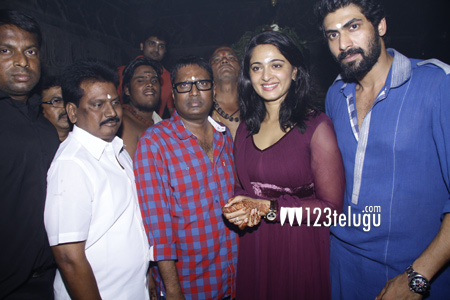 The first look of Gunasekhar’s ‘Rudrama Devi’ is going to be unveiled on November 7th, on the occasion of Anushka’s birthday. Fans and movie lovers have been expecting a teaser of sorts from the team. But as per the latest information we have received, only a poster will be unveiled on 7th. So far, no arrangements have been made for a teaser launch.

‘Rudrama Devi’ is being shot in real 3D and international technicians are working on the project. Apart from Anushka, a host of other noted actors like Rana, Krishnam Raju etc. are playing a crucial role in this movie.

Ilayaraja has composed the film’s music. Gunasekhar is the director and producer of this big budget film.