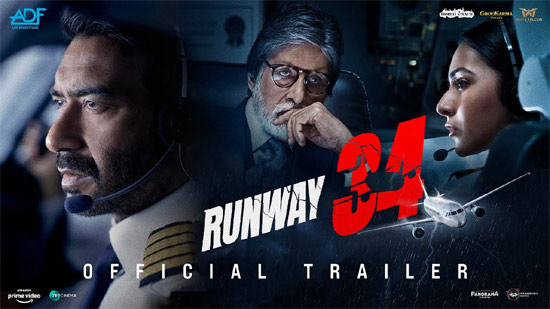 Rakul Preet Singh is one of the busiest actresses in the country as of now. She has been working on some big films and one of them is Runway 34 alongside Ajay Devgan.

The trailer of the film was released today and it looks quite good. Rakul is seen as a co-pilot to Ajay and her role is quite interesting. The promo showcases the story of a pilot played by Ajay Devgan who is marred by controversies. He looks super stylish in the promo.

The film also has Amitabh Bachchan in a key role and in one scene, he is shown yelling at Rakul and the latter’s performance is good. The film is also directed by Ajay Devgan himself.

Runway 34 is set for a release on the 29th of April in a big way. Ajay Devgan has also produced the film on his banner. For now, the trailer looks quite thrilling.