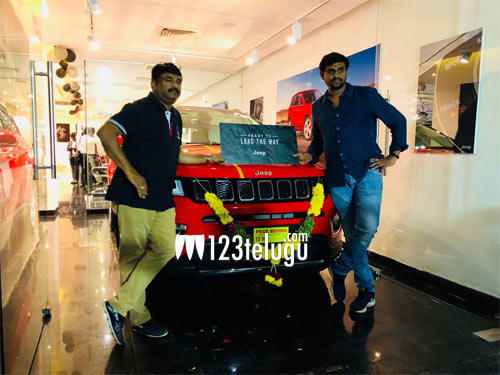 Director Ajay Bhupathi became an overnight sensation with the success of his debut film RX100. The film is still going strong in several single screens of both AP and Telangana.

Made on a shoestring budget, RX100 collected three times its budget and has become a blockbuster hit. So, happy with the film’s outcome, the makers of the film surprised the director with a swanky new car yesterday.

Seen here in the above snaps are both Ajay and the film’s producer.