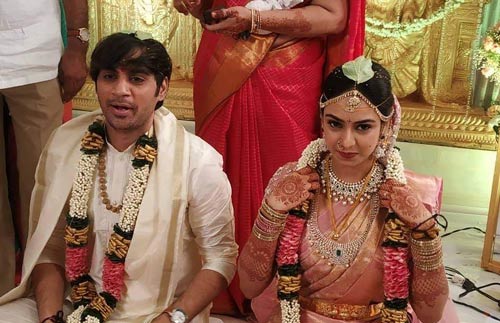 Young filmmaker Sujeeth got engaged to dentist Dr Pravallika Reddy on June 10. During the engagement, is was revealed that the wedding will take place in August. Now, Sujeeth has reportedly tied the knot with Pravallika at an intimate ceremony at Golconda Resorts in Hyderabad yesterday.

A few pictures of Sujeeth and Pravallika’s wedding have been doing the rounds on social media since last night. Sujeeth is yet to make a formal announcement regarding his wedding. On the work front, Sujeeth is said to have signed a project with UV Creations for a film which will feature Gopichand.