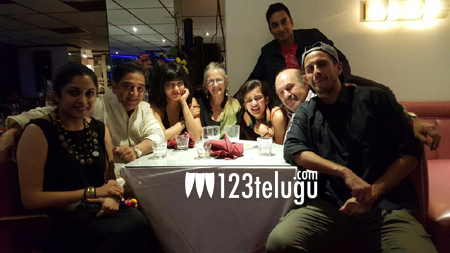 Legendary actor-filmmaker Kamal Haasan has completed the first schedule of his upcoming film, Sabhash Naidu, in Los Angeles last night. After facing severe issues in obtaining the visas, the unit began the schedule on the 7th of this month with a dance sequence.

Even though a major setback hit the unit when the film’s director TK Rajeev Kumar fell ill, Kamal took in-charge and directed the first schedule. Sabhash Naidu is an action comedy thriller and it stars Shruti Haasan as Kamal’s daughter, while Ramya Krishna and Brahmanandam will be seen as Kamal’s wife and sidekick respectively.