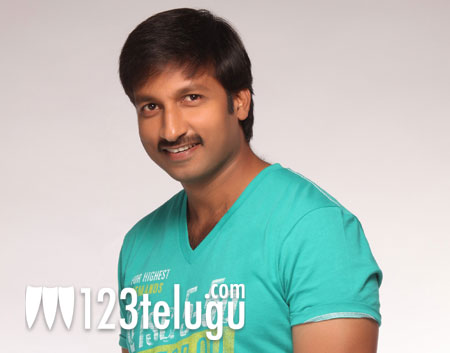 The principal shooting of Gopichand’s upcoming action adventure film Sahasam has been wrapped except for few songs. Chandrasekhar Yeleti is directing the film and BVSN Prasad is producing it under Sri Venkateshwara Cine Chitra India Pvt Ltd banner in association with Reliance Entertainment. Gopichand and Taapsee are playing the lead roles in the film. The lead pair, along with the main crew, is heading to Kochi to can the remaining songs for the film and with this the entire film’s shooting will be wrapped up.

Sahasam is Chandrasekhar Yeleti’s first action adventure film and the first look was recently unveiled. Producer BVSN Prasad said that the film has been shot in several virgin locations and also added that he’s very confident of the film’s success. So far, the film has been shot extensively in Hyderabad, Ladakh and few other locations in India. The story revolves around a common man who goes on a treasure hunt. Sri has scored the music and Shamdat is the cinematographer. The film is likely to release in the final week of May.