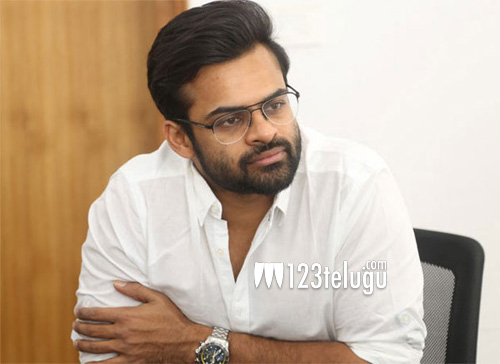 The entire Mega family is in a state of shock after knowing about Sai Dharam Tej’s bike accident. The young Mega hero sustained injuries and lost consciousness after he fell off his imported sports bike on the Madhapur-IKEA cable bridge on Friday evening. Sai Tej has been rushed to the Medicover Hospital in Madhapur. His condition is said to be stable now.

Soon after being informed about Sai Tej’s accident, his uncle Pawan Kalyan, cousin Allu Arjun, uncle Allu Aravind, star director Trivikram and other Mega family members and hundreds of Mega fans rushed to the hospital. Interacting with the media at the hospital, Pawan revealed that Sai Dharam Tej is still unconscious and that they are shifting him in a short while.