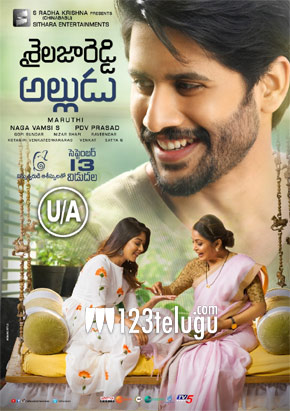 From the past few days, the buzz for Sailajareddy Alludu has increased on a very high note all over. The latest we hear is that the film has wrapped up its censor formalities with a U/A certificate.

With this, the film is ready for a massive release this 13th of September. The film is also releasing in a good number of screens overseas making it the biggest release in Chay’s career.