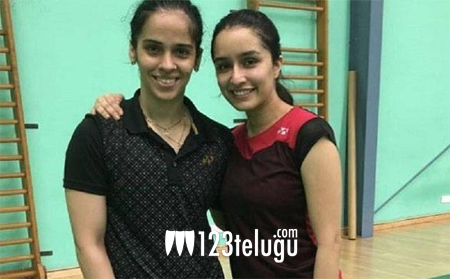 After a lot of twists and turns, the biopic of Saina Nehwal finally went on floors earlier today in Mumbai. To be directed by Amole Gupte, the film stars Shraddha Kapoor playing the lead role. Currently, few interior scenes are going to be canned on the lead actress.

Although the film was announced with much fanfare, it was almost shelved due to Shraddha Kapoor’s tight schedule and a gruelling preparation work to play Saina. However, Amole Gupte was confident that Shraddha will allocate dates and his confidence in Shraddha’s professionalism paid off quite well. Apparently, Shraddha had been practicing badminton, starting everyday at 6 am, for the past several months.

Shraddha’s recent Hindi film Stree has become a huge hit, and next year, she will make her Telugu debut with Prabhas’ Saaho.