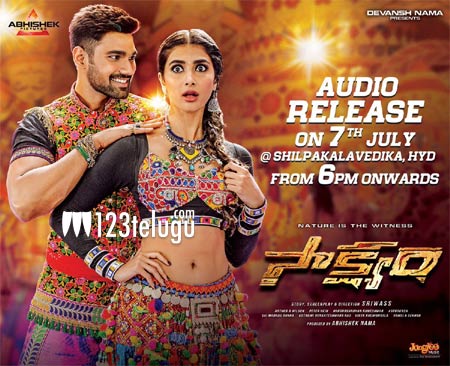 Sakshyam is one film which being awaited eagerly all over the two Telugu states. The film is in its post-production phase and the latest we hear is that the makers have decided to hold the audio launch of the film on July 7th in Hyderabad.

Shilpa Kala Vedika will be the venue for this event which will be held on a grant note. Some of the known celebs will be coming down for this event. Sriwas directs this film which has Pooja Hegde as the female lead.

Pantham is up for a release on the 5th of July.