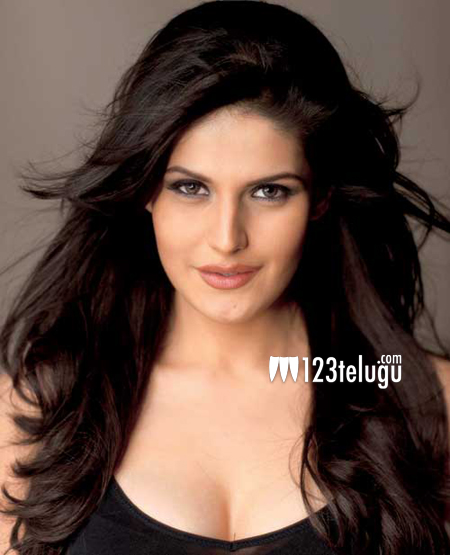 Zarine Khan, the ravishing beauty who made a grand debut with Bollywood’s superstar Salman Khan’s ‘Veer’, will be making her Telugu debut soon. The actress is in talks with the makers of Srikanth’s next film in the direction of Sudhir Raju. The director earlier made ‘Rye Rye’ starring Aksha and Sree.

After a dream debut, Zarine went on to sizzle in the super hit number ‘Character Dheela’ beside Salman in the blockbuster film, ‘Ready’. Zarine also acted in a film titled ‘Karikalan’ opposite Tamil star Vikram. In the past, numerous Bollywood heroines appeared in Telugu films and made their presence felt. We will have to wait and see if Zarine succeeds in making a big splash here.