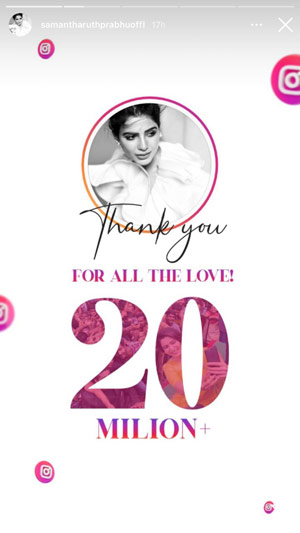 South Indian top actress, Samantha Ruth Prabhu has achieved another milestone. The perfect actress has again proved that she is a pioneer, not only in films but also on social media.

The actress is currently busy with a handful of films. Recently, she shook her legs with Allu Arjun for a peppy dance number in Pushpa.

She is the lead actress in director Gunasekhar’s upcoming film Shaakunthalam. Apart from that, she also made her debut in Hollywood with director Philip John’s next movie titled ‘Arrangements of Love.’