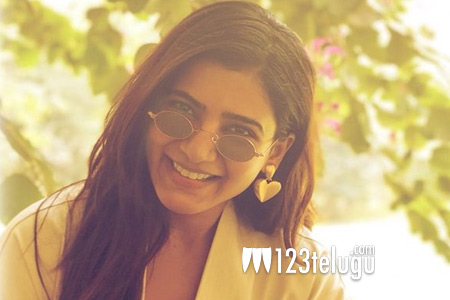 This morning, the makers of Ram Charan and Samantha’s upcoming period village drama, Rangasthalam, did something unusual. They released a special teaser, introducing Samantha’s Rama Lakshmi character. The teaser received a thunderous response from all quarters and clocked over 3 million digital views in no time.

Samantha took to Twitter this evening and revealed that it was Ram Charan, who, along with director Sukumar, pushed for the teaser. “I think it was a lovely gesture. Thank you very much,” Samantha said.

Like Samantha said, it is indeed a rare gesture from any Indian movie team to release a special teaser for its heroine and Charan, Sukumar and Rangasthalam’s team are winning everyone’s appreciation.

Clikc here for the teaser

Releasing a special teaser for the heroine is not something that usually happens . I know that Charan pushed for it along with @aryasukku ❤❤I think it was a lovely gesture . Thankyou very much 😍