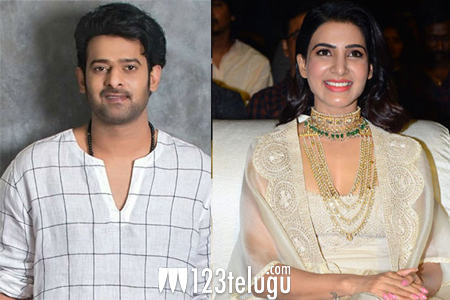 Yes, you heard that right. That is the latest gossip which has caught on all over. The news in the film circles is that Samantha might romance Prabhas in a film produced by Dil Raju.

The update is that Dil Raju is planning a film with Prabhas and has approached Sam to play the female lead. Though this news is just mere speculation, it has caught on all over.

Prabhas and Samantha have never appeared together on screen and if this combo works out it will be very interesting to see.