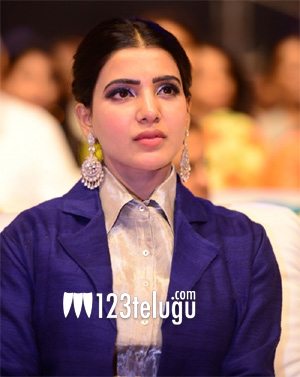 Samantha is doing a key role in the upcoming film Mahanati. The fans are eager to see as to what her role is going to be. Sam will be playing the role of a journalist and the film will be narrated through her character.

The latest we hear is that Sam has done a superb job and her performance will be the highlight of the film. Also, the unit sources reveal that Samantha never used glycerine for any of the emotional scenes and gave a solid performance.

Off late, Samantha is being lauded for her performances and this was seen in Rangasthalam. Now, with Mahanati, she is once again set to gain huge critical acclaim for her acting.