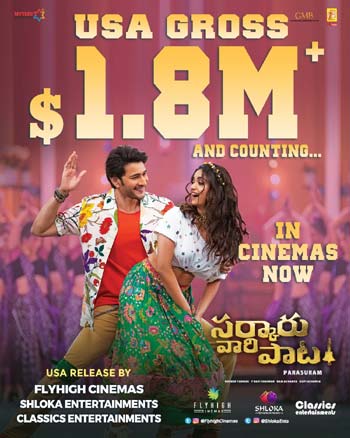 Mahesh Babu and Keerthy Suresh’s Sarkaru Vaari Paata was released in theaters last Thursday and is doing well at the ticket windows. Directed by Parasuram Petla, the movie has Thaman’s music.

Now, the latest news is that the movie has grossed more than 1.8 million dollars, so far. This is huge for any Telugu movie (non-RRR) released after the pandemic.