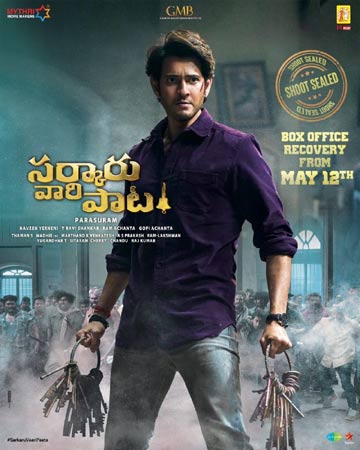 Sarkaru Vaari Pata is up for a release tomorrow. There is a solid hype for this film and the pre-release business has been done on a solid note.

As per the industry insiders, the pre-release business has been locked at a whopping 120 crores. So, the film needs a blockbuster talk from day one to make the above-said numbers.

There is no doubt that the film will make big on the long weekend but once the weekdays start, the film needs to stick on and continue to mint money. Let’s see whether this happens or not.