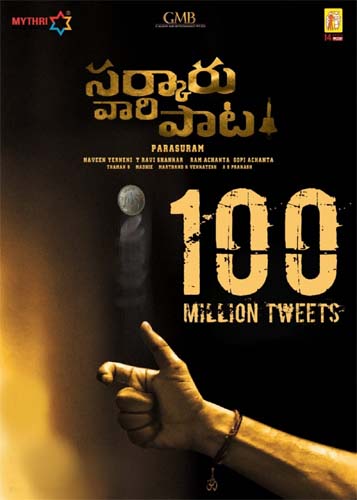 As we have reported earlier, Mahesh Babu commenced the shoot of his upcoming project Sarkaru Vaari Paata and the shoot is taking place at a brisk pace in Dubai.

Meanwhile, Mahesh’s fans created history as the #SarkaruVaariPaata tag happened to be the first-ever title tag to reach 100 million tweets in history. What’s more surprising is that Superstar fans achieved this feat even before the shoot of the film commenced.

Directed by Parasuram, Sarkaru Vaari Paata is a big-budget mass entertainer that is aimed for release later this year. Keerthy Suresh is the leading lady and Thaman is the music director.