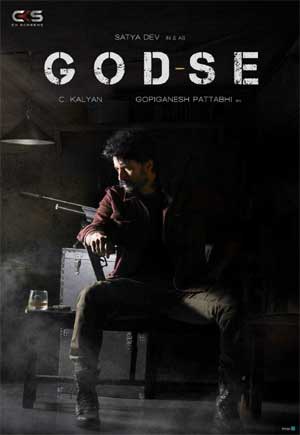 Versatile actor Satya Dev is a bundle of talent who has the knack for selecting good scripts. The young hero has now signed one more film called GODSE. He will be teaming up with director Gopi Ganesh Pattabhi for this film.

Satya Dev plays an authoritative role and the title poster too hints the same. Besides directing the film, Gopi Ganesh Pattabhi has also penned the story, screenplay, and dialogues. CV Rao is the co-producer. Nassar, Brahmaji, Aditya Menon, and Kishore are the other prominent cast.