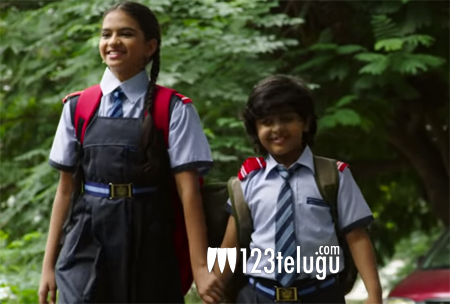 The makers of Naga Chaitanya’s most eagerly awaited thriller, Savyasachi, unveiled the film’s theme song ‘Okkarante Okkaru’ today. The soul stirring song offers a few glimpses of the Vanishing Twin Syndrome, which the film’s story is based on.

Okkarante Okkaru is penned by Ramajogayya Shastry, who infuses motherly emotions into the lyrics. The song is further elevated by MM Keeravani’s composition and singer Sreenidhi Tirumala’s touching rendition. The song is winning everyone’s hearts and has set the expectations right.

Bollywood starlet Niddhi Agerwal is the leading lady in Savyasachi. Chandu Mondeti is directing the film and Mythri Movie Makers banner is bankrolling it. Savyasachi is hitting theaters on November 2.