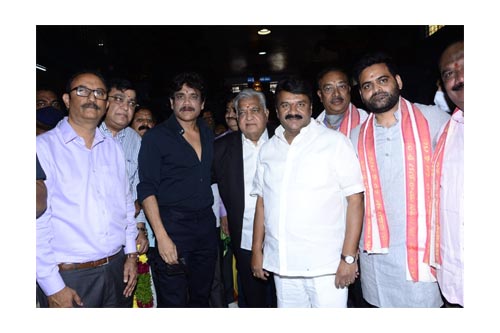 Now, the latest update is that a major second schedule will commence from August 4th in Hyderabad. Some key sequences of the film are being planned in various cities in India and abroad.

Nagarjuna will be seen in an entertaining and action-packed role. Kajal Aggarwal is the heroine of the film. The casting includes Gul Panag and Anika Surendran. While Mukesh G is the Cinematographer, Bramha Kadali comes in as the Art Director.