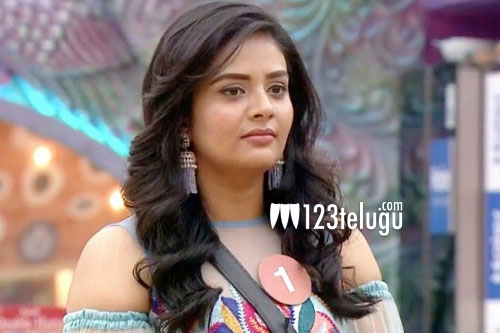 Happening young TV hostess Sreemukhi has narrowly missed clinging the title of Bigg Boss Season 3. However, she has reportedly walked out of the house with a whopping paycheck which is the highest among the rest of her housemates, including the title winner Rahul Sipligunj.

Apparently, Sreemukhi has been paid Rs 1 lakh per day. Since she remained in the house throughout her 100-day stay, Sreemukhi has walked away with a cool Rs 1 crore remuneration. Given her popularity among the family audiences, even the show’s organizers didn’t think twice before signing her for the third season.

Sreemukhi will soon be returning to the small screen with renewed energy and newfound fame. She also has a couple of movies which are gearing up for release.