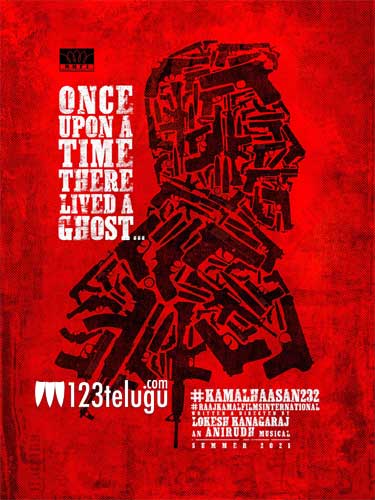 Young filmmaker, Lokesh Kanagaraj’s much-awaited film, Master is expected to hit the theaters sometime in the first half of 2021. In the meantime, the talented director is in talks for a few big projects.

One among them is a social drama with Universal hero Kamal Haasan. A few days back, news came out that the project details will be out in a week. Now, the fresh update is that Lokesh Kanagaraj’s film with Kamal Haasan will go on sets from next month.

The first look of the film was out today and it is quite good. On the other hand, Lokesh Kanagaraj is already booked by Mythri Movie Makers for a project which is expected to kick-start in the second half of 2021.