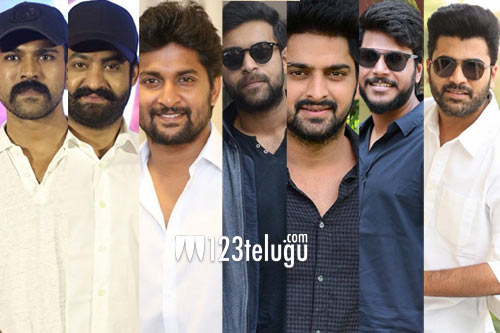 Call it coincidence, but a series of injuries within a few days to several top and young stars over the past two months have rattled their fans. It all started with Ram Charan, who, during a workout session in his gym, sprained his ankle. The injury had left him out of action for nearly 6 weeks and even RRR’s shoot was postponed as a result.

Charan’s injury was followed by his RRR co-star NTR. The Young Tiger had hurt his wrist a couple of weeks after Charan’s injury. However, details about Tarak’s injury were never made public. Both the stars recovered later and are all set to resume RRR’s shoot this coming week.

Then continued a series of injuries to young heroes. Firstly, Nani suffered an injury on his ankle. This resulted in a slight delay in Gang Leader’s shoot. The Natural Star has recuperated now and he will resume the shoot in Delhi from Monday.

And recently, Varun Tej was involved in a ghastly car accident on the Hyderabad-Bengaluru highway while he was on his way to Kurnool for Valmiki’s shoot. Luckily, the young Mega hero escaped without severe injuries although his car was badly damaged in the mishap.

And yesterday, it was Sundeep Kishan’s turn to join the list. The actor suffered a deep cut under his eye and other minor bruises on his back during a blast on the set of his upcoming film, Tenali Ramakrishna BA BL, in Kurnool.

Also yesterday, Sharwanand was injured when he crash-landed on his shoulder while performing a skydiving stunt while shooting for ’96 Tamil remake in Thailand. Sharwa will undergo a minor surgery in Hyderabad tomorrow and he will be out of action for at least a week.

Most of these incidents are purely coincidental. On the other hand, worried fans are wondering what is happening to our stars. They are hoping that no unfortunate incidents will happen in future.