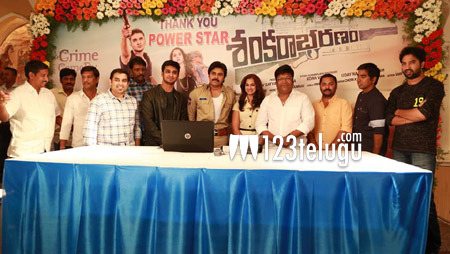 After all the hype and hysteria of Pawan Kalyan launching the teaser of Nikhil’s Shakarabharanam, the final opinion is out. The striking visuals of the teaser attract you big time and the makers should be given credit for showcasing the film on a huge scale.

The scenes which showcase Nikhil abroad and those featuring the rustic locales of Bihar have become the talk of the town. Even though the film is made on a medium budget, the visual output is pretty good.

Also, the unique concept of the film and Nikhil’s stylish new avatar has come in for huge praise. Nanditha is cast as the female lead in this film which is written and co-produced by Kona Venkat.