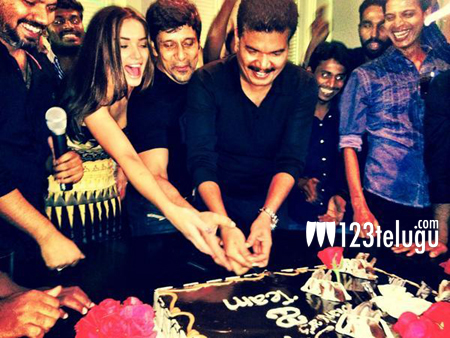 The audio of Shankar’s ‘I’ which was released recently has received huge acclaim. According to the latest update, shooting of the film has completely been wrapped up. The entire team gathered for a huge party and celebrated the film’s completion. This film has been in the making from the past three years.

Seen here in the above picture are the films lead stars Vikram, Amy Jackson and director Shankar. I’s trailer has amazed everyone, and the various get ups of Vikram and visual effects have been the special highlights of the trailer. A R Rahman composes music for this film which is produced by Aascar Ravichandran.