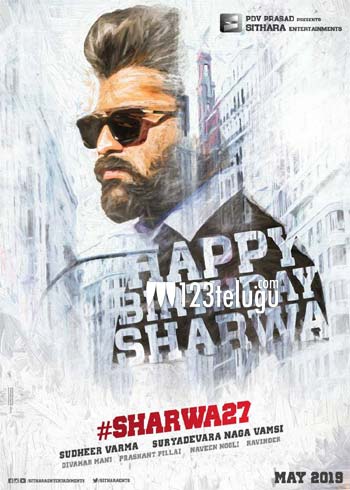 We all know that Sharwanand is busy doing a film in the direction of Sudheer Varma. The film is nearing its completion and as Sharwa celebrates his birthday tomorrow, a pre-look of the film has been revealed.

Sharwa looks quite suave in this interestingly done poster. Most of the film has been shot abroad. The news is that very soon the first look and title of the film will be released.