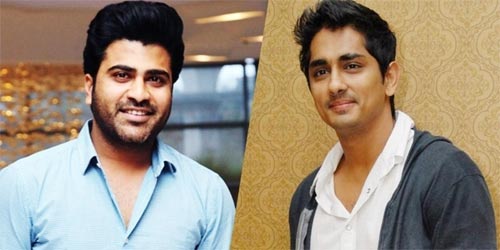 Sharwanand and Siddharth’s upcoming action romantic drama, Maha Samudram, is one of the most eagerly awaited movies in Telugu. The fact that Siddharth is making his Tollywood comeback after 8 long years has added an extra buzz for this intense drama.

Now, the paychecks of Sharwanand and Siddharth for Maha Samudram has become a hot topic in film circles. Apparently, Sharwanand, who is said to have cut down his salary due to the pandemic, is taking home a cool Rs 5 crore for the project and Siddharth, who still enjoys a decent popularity among his Telugu fans, is paid Rs 3 crore. Well, these are mere speculations and only the concerned parties will know the actual truth.