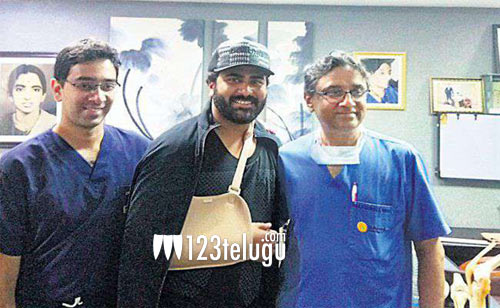 Last week, fans and well-wishers were in shock when reports of Sharwanand’s shoulder injury after a skydiving stunt that went wrong in Bangkok while shooting for 96’s remake surfaced online. Sharwanand was immediately rushed to Hyderabad and he underwent a surgery at a city hospital.

As per the latest updates, Sharwanand has been discharged from the hospital yesterday evening. He has been advised rest and physiotherapy for at least 2 months. The actor will be under doctors’ observation until he recuperates. This will leave Sharwa out of action until August end. 96’s remake will again resume from the first week of September.