Sharwanand-Kranthi Madhav’s project to take off soon
Published on Dec 31, 2013 3:45 am IST 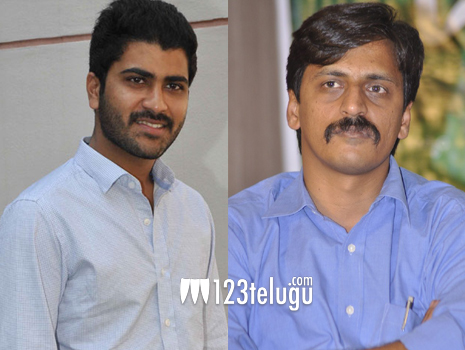 Sharwanand is going to team up with Onamalu’s director, Kranthi Madhav for one his upcoming projects. The duo had been in talks earlier this year and currently, the pre-production is going on in full swing. K S Rama Rao is going to produce this romantic entertainer under Creative Commercials banner.

As per the latest buzz in Filmnagar, this film might go on floors sometime in January, 2014. ‘Malli Malli Idhi Rani Roju’ is being considered as a title for this film; however, the makers haven’t confirmed it officially so far. Nithya Menen has been approached to pair up with Sharwanand in this film. Incidentally, the duo had earlier worked together in Cheran’s Yemito Ee Maya which hasn’t released till now.

Meanwhile, Sharwanand is currently shooting for a crime comedy titled ‘Run Raja Run’. Sujeeth is directing this film and buzz is that Sharwanand is playing the role of a thief.