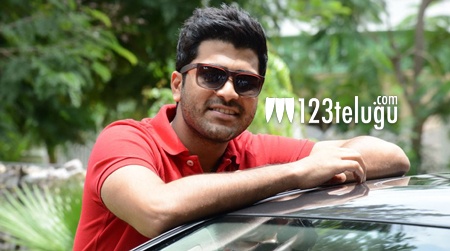 Young actor Sharwanand has cultivated a taste for doing films with offbeat scripts. After bagging two back to back hits with Malli Malli Idhi Rane Roju and Run Raja Run, he is currently busy shooting for his next film in the direction of Merlapaka Gandhi.

Titled Express Raja, the film’s shoot is going on in Hyderabad from the past few weeks. It is heard that the movie is about a road journey with a very unusual story line. Young actress Surabhi is playing the female lead in the film. The film is being produced by UV Creations.