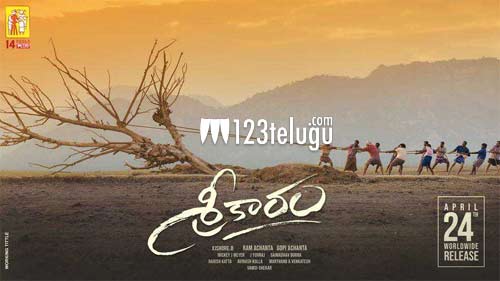 The first look poster of Sharwananad’s Sreekaram created a lot of buzz as the star hero was seen in a homely role after a long gap. The latest update is that the makers have decided to release the film on the 24th of April worldwide.

Sharwanand is romancing Gang Leader fame Priyanka Arul Mohan in this family entertainer being directed by Kishore B. Sreekaram is produced by Ram Achanta and Gopi Achanta of 14 Reels Plus Banner. This is their 2nd production after the blockbuster Gaddalakonda Ganesh.

Meanwhile, Sharwa will also be seen in yet another film titled Jaanu which will release on the 7th of this month. Samantha plays the female lead and Dil Raju produces it.