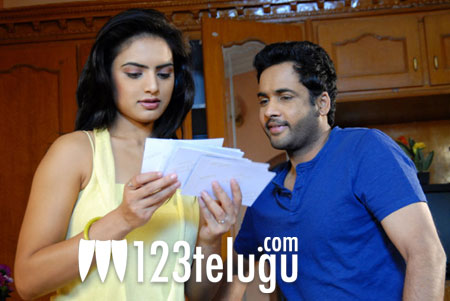 Shivaji’s upcoming film titled Welcome is in the last leg of production. So far 90% of the film has been completed and the final schedule of the film will begin shortly in Hyderabad. Ritu Kaur is playing the lead role opposite Shivaji. The film has a tagline ‘Evadi Talent Vadidhi’. Manohar Chimmani is directing the film and SS Krishna and DR Reddy are jointly producing this movie under Sri Lakshmi Narasimha Anjita films and RR Realtors banners. Swaraj Hedide is composing the music. Shivaji’s recent film Ayyare failed to draw the crowds, despite being a decent entertainer. Lets see if he tastes success with his new film.