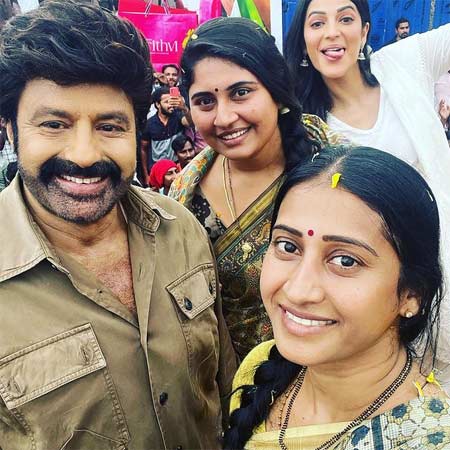 It is a known fact that Nandamuri Balakrishna is doing a film in the direction of Gopichand Malineni and the shoot is going on in full swing.

Now, a fun picture from the sets of the film has gone viral. Seen here in the picture is Balayya giving a selfie snap to one of his co-stars Meena Vasu from the film.

What’s special is that heroine Shruthi Haasan is photo bombing the picture and is seen in white behind Balayya. The shooting of the film is almost wrapped up and more details will be out soon.