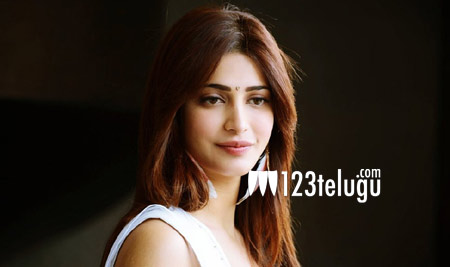 We have reported several times that Shruthi Hassan will be collaborating with her superstar dad, Kamal Hassan for a trilingual.

According to the latest sources, Shruthi Hassan has jetted off to Los Angeles to join the film’s shoot. Reports reveal that the film’s shoot will last for an estimated 60 days, in which the major portion of the film will be shot.

The film is a spin-off based on the popular character Balram Naidu that Kamal Haasan plays in the 2012 flick, Dasavatharam.