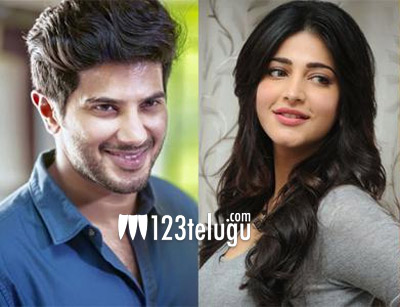 Shruti Haasan and Dulquer Salmaan stole the show with an impromptu performance at Vanitha Film Awards 2018, which was held recently in Greenfield International Stadium in Trivandrum. The incident occurred when Shruti came on stage to present the Most Popular Actor of the year award to Dulquer.

Soon after presenting the award, when the anchor of the show requested the two actors to shake a leg to Aaluma Doluma, a popular song from Ajith, Shruti starrer Vedalam, the two actors obliged, much to the delight of their fans at the event.

As soon as the video of the two stars dancing together appeared online, it went viral on social media.