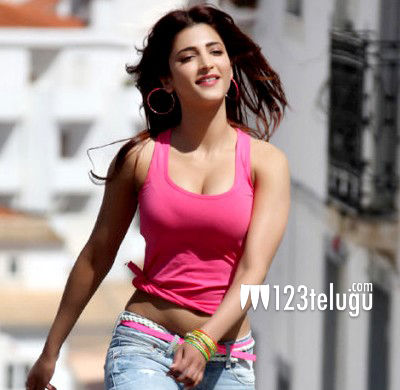 A few years ago, producers were quite scare about casting Shruti Haasan in their films. Her films weren’t doing well and in an industry where sentiment dominates logic,she was running out of options. Everything changed with the blockbuster success of ‘Gabbar Singh’. Shruti gained a lot recognition for her role in the film and her fortunes transformed overnight.

She has been roped in for a string of high profile projects and she is now one of the most sought after stars in Telugu. To make the most of this new found craze, Shruti Haasan has been going all out in the glamour department. Her sizzling outfits and gorgeous looks have now made her the new glamour queen of Tollywood.

Shruti Haasan is expected to be a major attraction for ‘Balupu’, ‘Yevadu’ and ‘Ramayya Vastavayya’. Way to go Shruti!