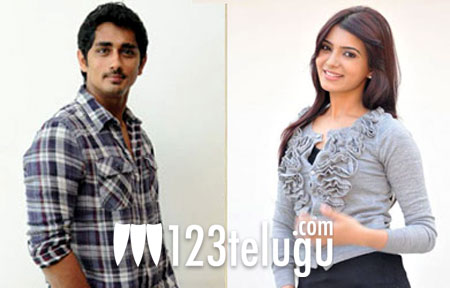 More than a year since Ala Modalaindi released and turned out to be a huge hit, Nandini Reddy is gearing up for her next film. Siddharth and Samantha are playing lead roles in this untitled film and the buzz is that it’ll go on floors on February 2. Bellamkonda Suresh is producing the film. The film was earlier in news for all the wrong reasons after Bellamkonda Suresh approached the Producers’ Council alleging that Samantha isn’t allotting dates for the film. After a sub-committee intervened and asked Samantha to allot the dates immediately, the actress finally obliged. Thaman is composing the music for this film.