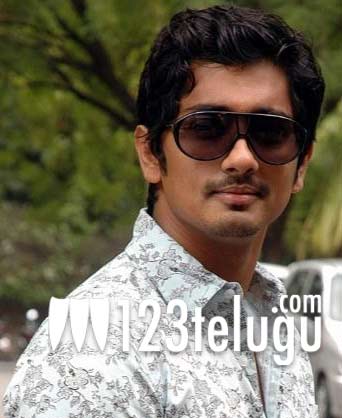 Siddharth is all set to act and produce a new bilingual film under his home production Etaki Entertainments. Buzz is that the untitled film is a love story and Ram Subramaniam is going to direct it. The film is likely to go on floors in November. Currently, the team is still in the process of finalizing the female lead and other cast & crew members. An official announcement is expected to be shortly. Earlier this year, Siddharth’s first production venture titled Love Failure garnered good critical acclaim and the film, made on a budget of around Rs 5 crores, turned out to be quite a profitable venture for Siddharth and other co-producers. He’s currently shooting in Hyderabad for Nandini Reddy’s upcoming romantic film. Samantha is playing the lead role in the film and Nithya Menen is playing an important role.