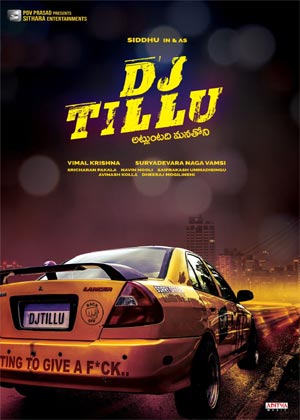 Young actors Siddhu Jonnalagadda and Neha Shetty’s upcoming youthful entertainer has been titled DJ Tillu. Touted to be a hilarious entertainer, the film is being produced under noted production house Sithara Entertainments and directed by debutant Vimal Krishna.

The intriguing title reveal poster showcases a sports Lancer car with the protagonist’s character name as its number plate. The statements on the car give a glimpse of his aggressive nature in DJ Tillu. Apart from playing the main lead, Siddhu has also written the film’s screenplay along with director Vimal and penned the dialogues alone.

DJ Tillu’s entire shoot has been wrapped up, except for a song. Young actor Prince Cecil will be seen in a key role in the film produced by Suryadevara Naga Vamsi. Sri Charan Pakala is composing the soundtrack.