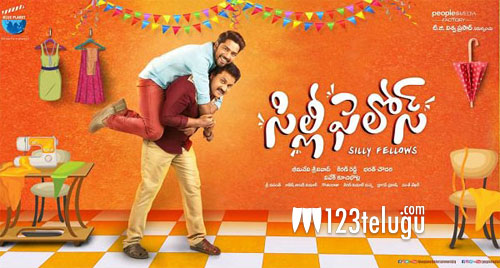 Silly Fellows was quite an important film for both Allari Naresh and Sunil as none of their recent movies were successful at the box office. The film released on Friday along with Care of Kancharapalem and Manu.

Silly Fellows is an out and out comic caper which is aimed at mass audiences. The film has managed to satisfy the target audience and it has been performing decently in B and C centres. On the other hand, the collections are ok in A centres.

Bhimaneni Srinivasa Rao is the director of Silly Fellows. The film has Nandini Rai and Chitra Shukla as heroines.